An era in Twins history is recalled today in the wake of U.S. President Barack Obama's initiative this week to normalize diplomatic ties with Cuba. This was transacted largely to free aid worker Alan Gross and exchange spy agents between the two countries. That, besides the stated intention to create commerce and establish a U.S. embassy in Havana.

As a byproduct of this development, we can expect to see an infusion of top Cuban ballplayers into the Major Leagues. This is not without precedent. By 1961, Pedro Ramos and counterparts like Connie Marrero, Camilo Pascual and Tony Oliva had become the centerpieces of the first 1950s-era Cuban invasion of American League baseball via the Washington Senators / Twins. Scout and surrogate father "Papa" Joe Cambria acted as the Griffith organization's architect in this talent migration. 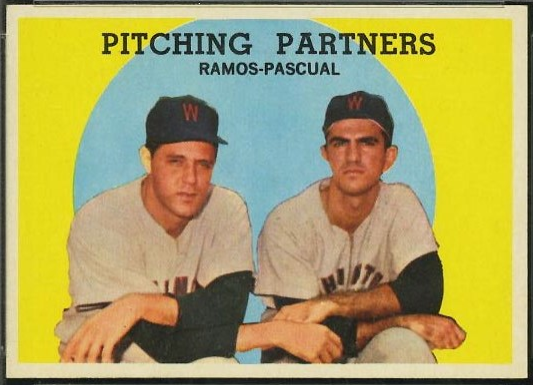 The May 3, 1961 "The Sunny Senor of Slab" story on page 5 and 10 of "The Sporting News" on "Pistol" Pete by Senators beat writer Bob Addie was published as the sorry results of the Bay Of Pigs invasion were becoming apparent (see turmoil-front page of Corpus Christie Times, April 22, 1961).

This two-page piece is obviously loaded with ethnic references that wouldn't fly in today's race-conscious, politically-charged atmosphere. But, that doesn't lessen it's impact or usefulness as an historical document about the Twins (and U.S. international relations) in their first month of existence in April to May, 1961. There is some hilarious, interesting stuff here!! [CLICK NEWS PIECE BELOW TO ENLARGE]
It must have been a hoot for the beat writers to cover Ramos and the Twins back then. See the top portion of the "Patriots Invade Cuba," from the Montana Standard, April 18, 1961 story, right under the banner.