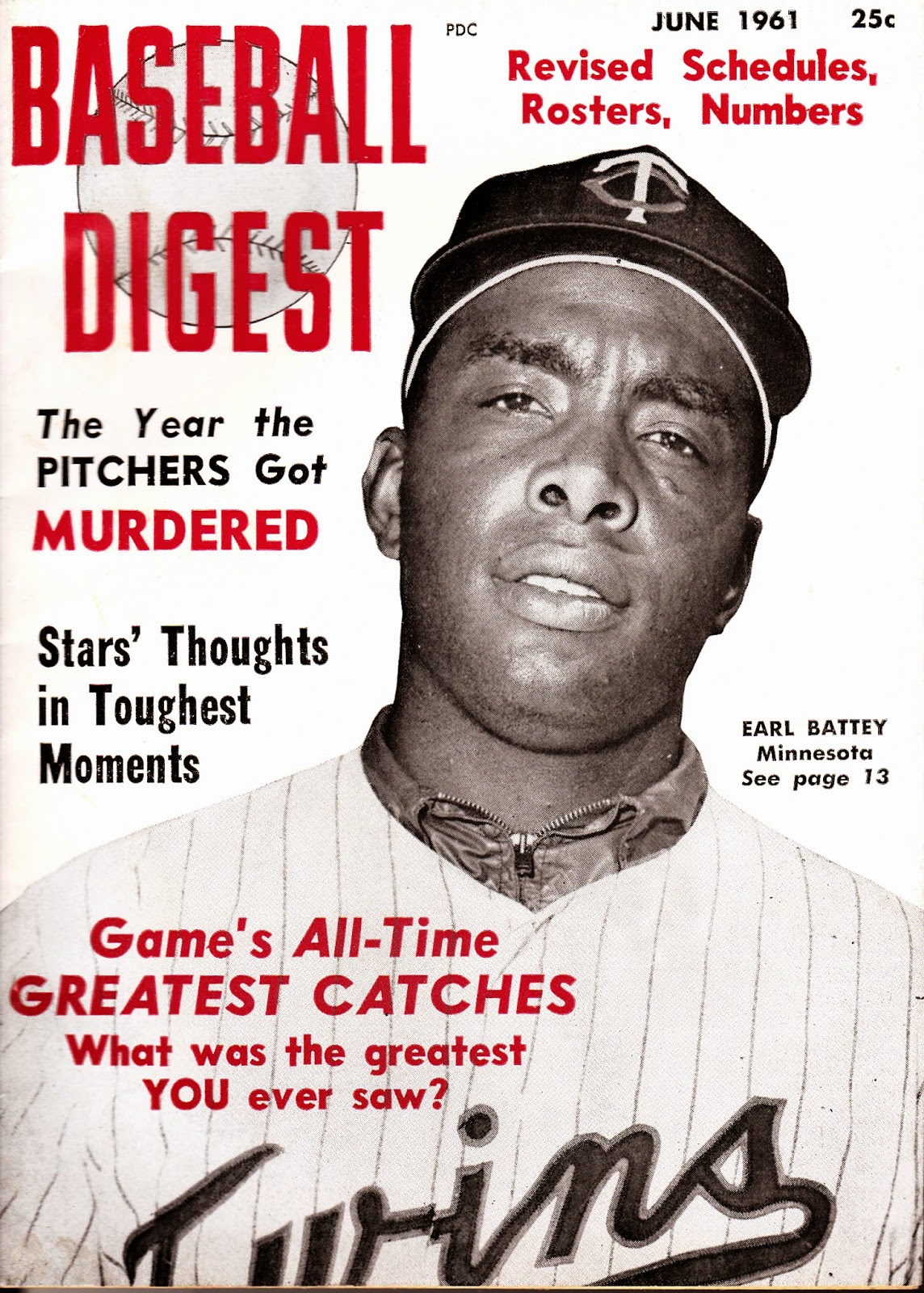 Do yourself a favor and check out this link to June 1961 Baseball Digest at my Google Docs with a superb Earl Battey article. Battey was the first Twins player ever to appear on the cover of that magazine, as the Twins first season had just begun in Minnesota just a few weeks earlier.A great piece on the first, great catcher of the Twins, who was named the top catcher on the Twins 40th Anniversary in 2000.

It's from a fantastic, mint edition which I just recently bought off Amazon. I rather fancy it as a historical document, partly because it was published just a month or so into the beginning of the first expansion era in baseball. Besides that, it really is telling as an illustration of sports journalism, circa 1961.

To wit: I truly doubt that any major sports publication today, or any magazine really, would give a damn what I thought about anything, much less pay me for ideas submitted: 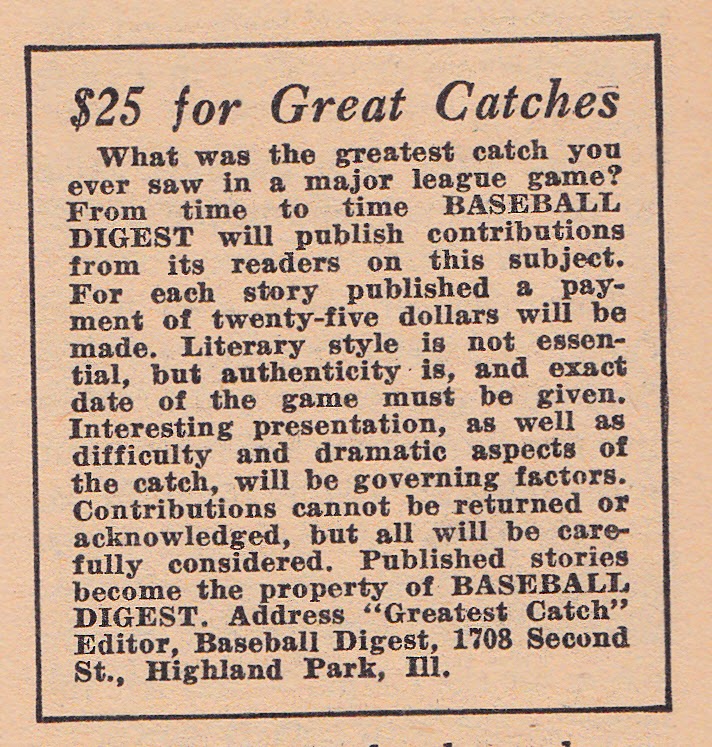 [Blurb at left from "Greatest Catches" story - see table of contents in the Google scanned Table Of Contents - I wouldn't mind the money, if the offer from Baseball Digest is still valid..]

You'll notice the date stamp, "MAY 4 - 1961" on the back page, probably denoting when it was received by the store of sale. The story references the Twins first game on April 11, 1961 (BBRef box), which means the interview for the June issue was conducted very shortly after that game before it went to press.

Battey really shows himself to be an incredibly well-spoken young guy (he was 26 in 1961). I mean, this story is really chock full of intelligent, cogent, and insightful responses. The BD staff writer, Charles Dexter, included quite a few long, thoughtful quotes which made it seem at times as if Battey himself wrote the article in the first person.

My favorite sections were his insights into Twins pitchers like Camilo Pascual, Jack Kralick and Pedro Ramos, and how they comported themselves in the lockerroom. I'm only a little surprised not seeing any references to Jim Kaat. Probably indicates where the big lefty was in the staff's pecking order as the season was beginning.

An ironic section on page 15 mentions that Earl had John Roseboro as a neighbor in Compton, California at the time. Of course, all good Twins fans know that Roseboro eventually replaced Earl as the Twins everyday catcher, in 1968, after Earl and Ron Perranoski came in the Versalles/Grant trade. You can read about Earl's post-career at this SABR bio article from 2009.

I included the table of contents in the scan, plus the revised Twins and Yankees rosters as of '61 May, in addition to those for the first two expansion teams in MLB history, the California Angels and the new Washington Senators. I kid you not! If you see any articles you would like pdf scans to read, just let me know. I can try to email you a copy.


There are some nice pluses in the magazine.
See if you can recognize some of the names
of the Twins coaches (or others)
in the chart below! Yeah, just a tad jumbo, but it wasn't
displaying well at large size!

NOTE: Check out the back side of the magazine at the end of the scan: a full-color advertisement. Rather cool!


You can get a short sample of the older Earl, at this
You Tube video from 1986 I posted a while ago. You get
some idea of the understated, but warm manner
of the man. Fairly engrossing, if I might say so.


I conclude in my best Herb Carneal-ese: "So long everybody!" 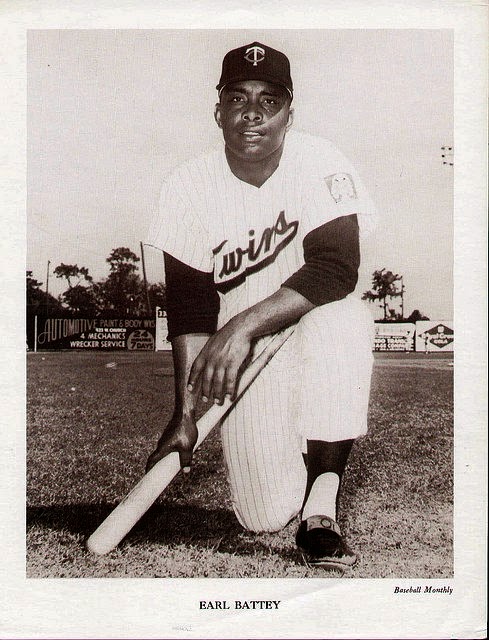